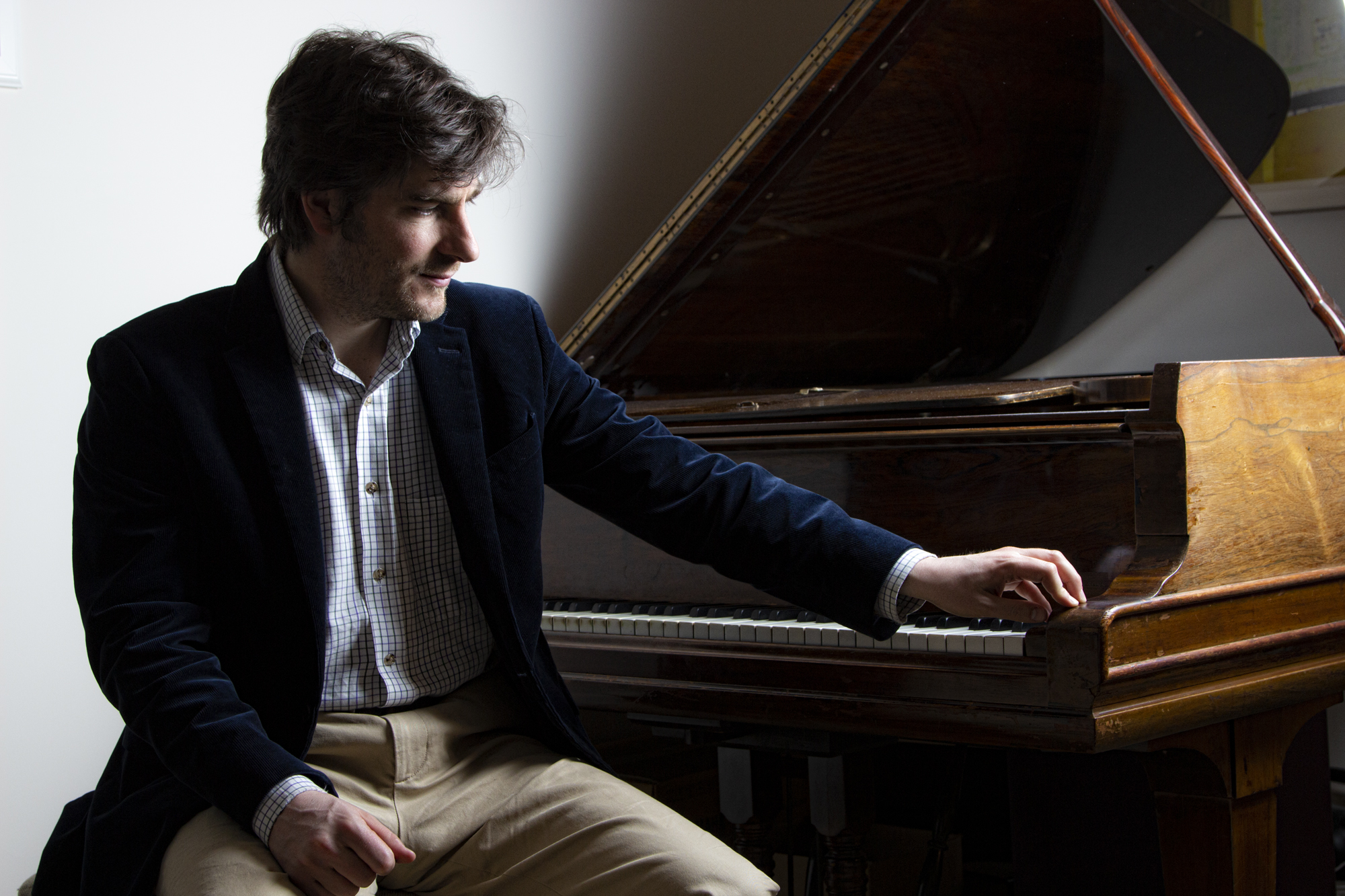 Ahead of his appearance at the Mansefield Hotel on 18th July, award-winning jazz pianist and composer Euan Stevenson chats to Forte Productions’ Artistic Director, Ryan MacKenzie, about his musical background, his thoughts on education, and why everyone should come along and experience live jazz music.

Where did it all begin for you? I started taking lessons around the age of four, although I was already picking out melodies at the piano by ear and soon after simple harmonies. I received classical piano lessons and did all the expected grades throughout my teens but from an early age my main interest lay in improvisation and composition.

So when did jazz come into the picture? I had no idea what jazz as a genre was until I was about 14 years old when my mother signed me up for the Richard Michael Jazz Summer School (which I am teaching on next week – and have done so every year for the past 12 years!). My first experiences of jazz would have been ear-catching melodies and harmonies that I absorbed from background music in restaurants, TV and radio jingles, jazz influenced pop music like Dire Straits’ Your Latest Trick, the soul music of Aretha Franklin, Glenn Miller – in short, anything that had good rhythm and exotic harmonies excited me, and I would try to replicate those sounds on the piano.

Which jazz musicians have particularly inspired you over the years? Early revelatory jazz pianists that blew me away (and continue to do so now) were Oscar Peterson and Errol Garner. After a year or so I began to fall in love with all the music of Miles Davis, and all the pianists that worked for Miles over the decades became my primary inspirations: John Lewis, Horace Silver, Red Garland, Wynton Kelly, Bill Evans, Herbie Hancock, Chick Corea, Keith Jarrett. In my twenties I also became obsessed with the Duke Ellington Orchestra, and Duke’s economical piano style (along with Monk) have also been hugely inspiring (although far more difficult to attempt to imitate than the others listed).

Jazz isn’t everything for you though – your career now encompasses a huge variety of styles. Do you feel they all feed into each other to form one musical voice, or do you consciously move between styles and use different vocabularies depending on the music you’re working on? I consciously try to reconcile different musical styles, particularly when I’m composing, but also when I’m playing music that I’ve written or cowritten. New Focus (a project I have co-led with saxophonist Konrad Wiszniewski for eight years) perhaps has a unique quality because of the amalgam of jazz, classical and Scottish folk/hymnal influences. When I’m writing songs I will also deliberately try to fuse different influences from seemingly disparate sources (although there is often a logical connection).  For example, when I co-wrote the song Bittersweet with singer Georgia Cécile, I fused ideas that I had in mind from the music of John Coltrane, Miles Davis, Nick Drake, and The Blue Nile, and Georgia brought her own diverse influences to the table. Collaboration is great because you are fusing your own influences with someone else’s. That can be very fruitful, and potentially a route to something original and novel. I really value my long-term collaborations with both Konrad and Georgia as a result.

How does this translate into your own personal practice? Do you specifically work on one style at a time? If I’m practicing I will generally practice different styles separately, although sometimes a project demands that I combine them – for example, in the Satie concert I just performed at the East Neuk Festival, I found myself playing Satie’s music both “off the page” and also interpreting it loosely as a jazz musician would approach a tune. New Focus: The Classical Connection (Edinburgh Jazz Festival on 13th July) demands that I combine classical and jazz approaches, although mostly I have my “jazz hat” on. I enjoy having creative freedom when I’m performing – otherwise I get too nervous!

Teaching is a big part of your work, and Forte Productions are currently planning a range of educational projects, which we hope will inspire Moray’s young musicians to explore and draw upon as many different styles of music as possible. As someone who embodies this, do you think it’s important that all musicians experience this variety? What does learning jazz in particular add to a musician’s toolkit? I think exposition to a wide variety of styles is imperative to all musicians, and a knowledge and appreciation of jazz unlocks so much language belonging to not only virtually all popular music of the twentieth century, but also the entire western music tradition that came before. To play jazz you have to understand the fundamentals of harmony, melody and rhythm and be able to put these musical building blocks into practice in a practical, creative way (in real time!).

You’re bringing a bassist to play with you – what draws you to the duo format? The jazz duo format is a very intimate two-way musical conversation. It allows you to take the music to unexpected places if you are prepared to trust one another to go with the flow.

And for anyone who is new to jazz, why should they come and experience it? Because jazz encompasses such a broad stylistic range, people can sometimes be turned off jazz having experienced one or two performances of a particular style that they did not enjoy. It might have been self indulgence on the part of the performers, or not particularly well played or just clumsily programmed. I would encourage people to be open-minded and find an area of jazz music that they enjoy, or to at least seek out the best musicians to listen to. This makes a difference! There will always be something, be it esoteric or commercial or the vast amount of stuff in between, for people to enjoy. I always strive to make the music I write/play accessible, whatever the style, because I want people to listen to it and be engaged. I’m always delighted if audiences tell me that they enjoyed the melodies. Melody is generally what people hear first, and jazz musicians have to be able to present a melody well. Jazz, played well, can be uplifting, beautiful and inspiring. It’s a magnificent tradition and well worth investigating. I can’t imagine music, or life, without it!