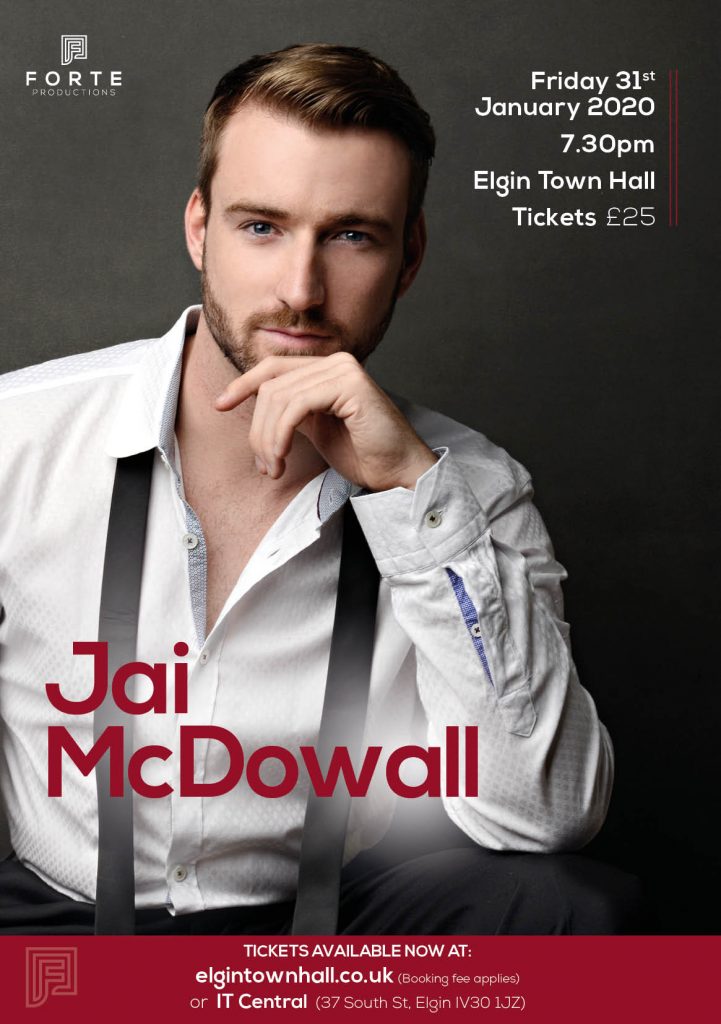 Forte Productions present Britain’s Got Talent winner Jai McDowall.
Jai won the fifth season of BGT, capturing the hearts of a nation with his powerhouse vocals, natural charm, and versatile song interpretations. His debut album Believe was released with Syco Music in 2011, and since then he has appeared in the Royal Variety Performance, China’s Got Talent, the Queen’s Jubilee, solo shows and tours, and most recently Britain’s Got Talent: The Champions, where his performance of Lady Gaga’s I’ll Never Love Again was met by standing ovations.
From musical theatre classics to country hits, epic ballads to Scottish favourites, Jai will be joined his music director, Ryan MacKenzie.