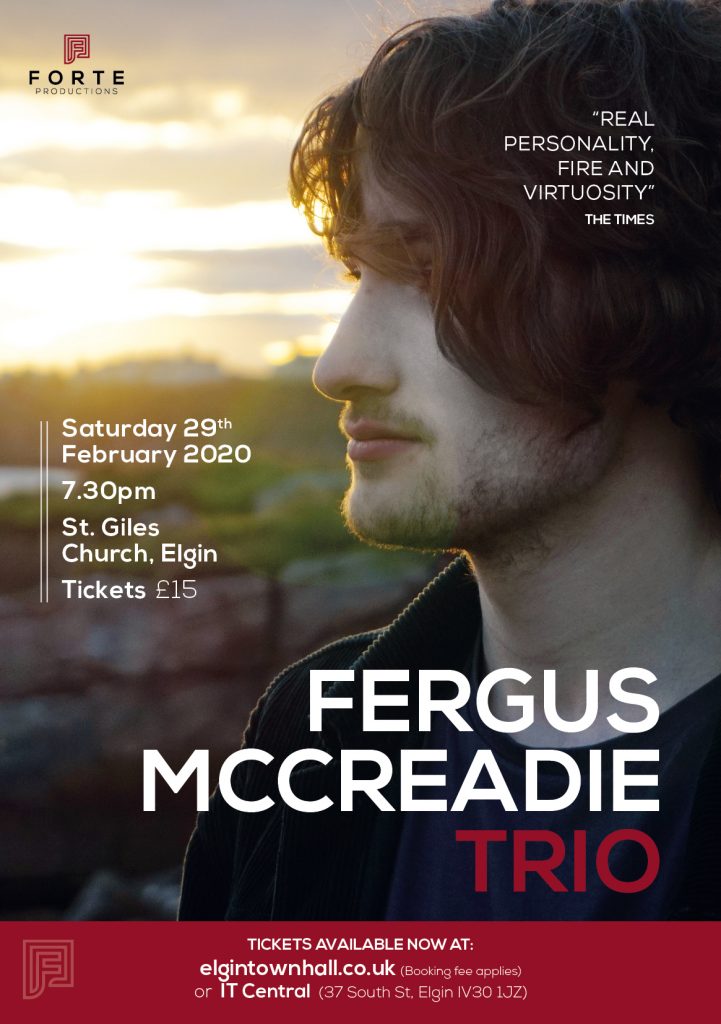 Multi-award-winning pianist Fergus McCreadie’s trio is among the leaders of the exciting young wave currently energising the vibrant and creative Scottish jazz scene.

A phenomenal technician, McCreadie has developed a deeply personal style that captures Scotland’s musical traditions and landscapes while honouring his American and Nordic influences.

His trio with David Bowden (bass) and Stephen Henderson (drums) has already made an impression in the UK, winning the coveted Peter Whittingham Jazz Prize in 2016, and its debut album, Turas, won Album of the Year at the Parliamentary Jazz Awards 2019 and Best Album at the Scottish Jazz Awards 2019, as well as reaching the shortlist for the Scottish Album of the Year Award 2019, a rare feat for a jazz group.