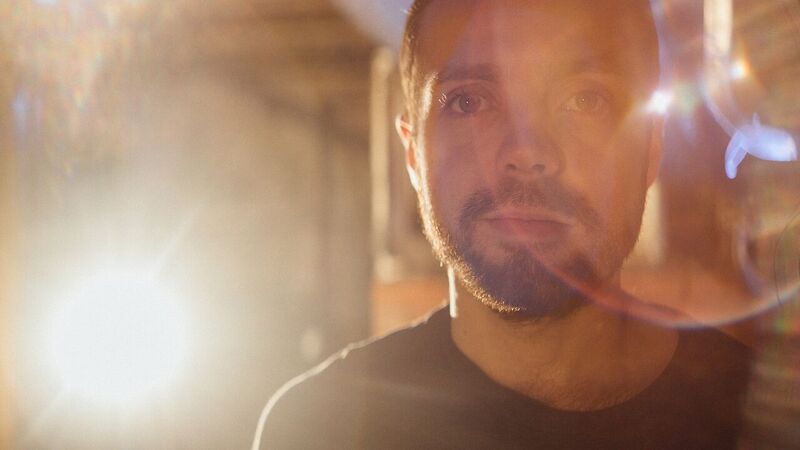 When lockdown arrived in March, I was in France for a couple of shows with my band, Breabach. Rumblings of lockdown had been in the air leading up to the trip, but everything seemed like it was going to go ahead as planned. On the morning of the first concert, from our hotel room we got the news that France was going to go into lockdown that day, and from that point forwards all live events were cancelled. That evening we shared a glass of wine with our promoters and had a few informal tunes unsure as to what the coming months were to hold.

Upon our return to Scotland, we had a few days of uncertainly before our own lockdown came into place. The one upside for us was that the band had actually planned to take things a bit easier during the spring following a busy start to the year with our big 15 year anniversary show at Celtic Connections and our subsequent UK wide tour which took place through February and early March. I was also quite happy for a bit of a break having been involved with quite a few other new and demanding projects at Celtic Connections, as well as bits and bobs of session work and teaching. However, I was still remaining optimistic for an exciting and fulfilling summer of work ahead, fairly soon it became apparent that this wouldn’t be the case.

As time wore on and the cancellations started coming in thick and fast, the initial existential dread soon gave way to a period of calm and a time for reflection and creativity. I was able to reconnect with some musical friends remotely, sharing musical ideas and creating some lockdown video content. All of a sudden I had to up technology game, quickly becoming more adept with music and video editing software, file sharing and home recording set up. In no way have I become and expert but I definitely more confident in this side of my work.

Over the last couple of years I had been writing new music in my spare time, and was due to record my second solo album in May. However, with lockdown restrictions still holding tight it was going to be impossible to get into the studio with the other musicians, so this was put on the back burner. In its place an opportunity arose with Fèis Rois and Nature Scot to write a piece of music inspired by one of Scotland’s National Nature Reserves. I chose to write about Forvie in Aberdeenshire, a stunning sand dune system and a haven for wildlife, it’s a place I know well having grown up in the area. The project fired me up to write again, get it recorded at home and also allowed me to collaborate remotely with some of the players that were due to appear on my album. I was fortunate to be chosen as one of the winners of the competition which not only provided me with a bit of financial assistance, but also a hefty dose of inspiration going forward.

It was a result of this project that I decided to knuckle down and get the album finished, having this extra time ended up being a god send. I was able to re-evaluate my writing, better establish the sound I was after and produce better scores. I ran a successful Crowdfunder through the summer and, coupled with my prize money, I had enough funds to get the ball rolling. As lockdown eased I got the musicians and studio time booked, and instead of having physical rehearsals we used our new technical knowledge to collaborate online ahead of the session. Over ten days in September we recorded the album and I’m feeling far more confident in the music than I think I would have been back in Spring. We’re currently mixing the record with a view to bringing it out early in 2021.

Alongside my solo work, Breabach have been keeping busy too. We took part in Global Music Match, a global initiative to connect musicians. Taking part in this allowed us to meet some amazing artists, collaborate musically and form friendships that will endure. We have also been working on a new collaborative work with award winning animator, Cat Bruce. This has kept us creating and playing together. As a band that spends the vast majority of our career performing live it has been a very unusual few months, but still fulfilling creatively.

Overall, the lockdown experience so far has been mostly positive for me. I have had the time and space to develop as a writer, improve my technical skills, take life at a slower pace and get into a healthy routine (something that’s difficult when on tour most of the year). Financial woes are definitely a concern, however I have been able to dip into the government support which has kept me afloat thus far. The main thing I miss is live music. I miss sharing in the live experience with a room full of people, whether as a performer or a listener. I miss playing with my friends and having that direct connection, whether on a theatre stage, a jazz jam or a pub session, it’s something you just can’t replicate online.

Despite the difficulties at the moment I think it’s even more important than ever for new artists to keep creating and releasing new work. People still need and want to consume art and culture, it helps creates a sense of community at a time when we can’t be together physically. Keep creating!